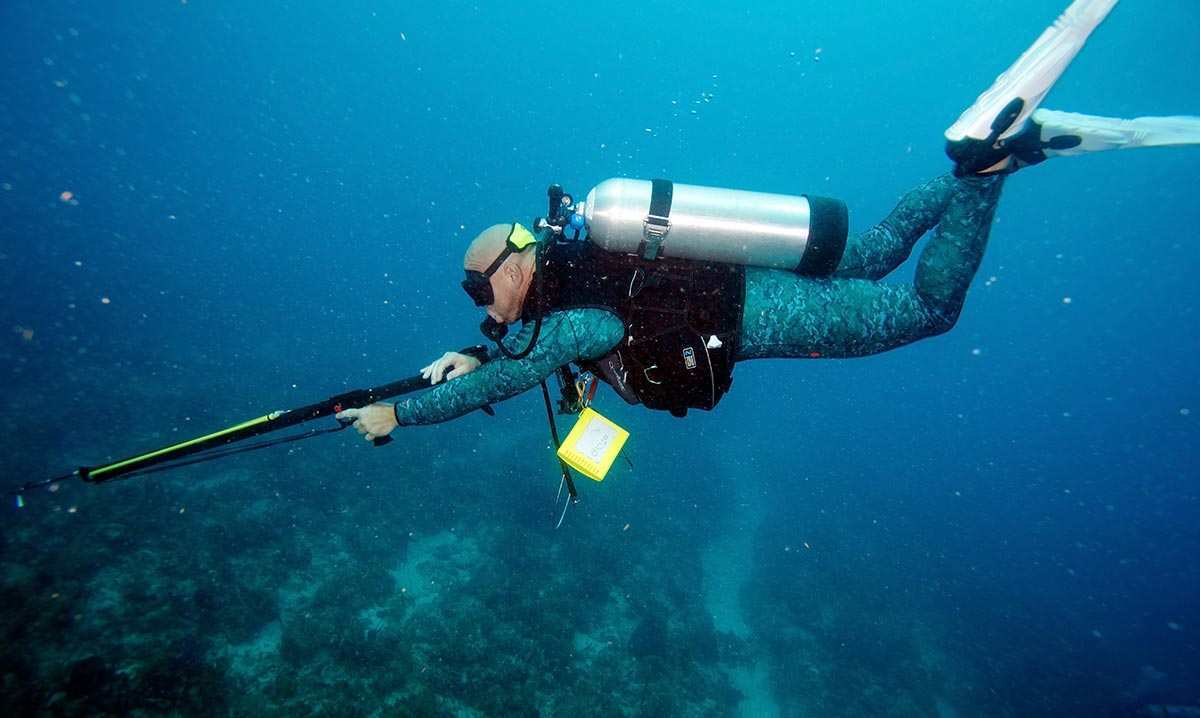 Today we’re going to talk about the benefits of fishing and scuba diving. When you look at our planet – beautiful and so lonely in the cosmic abyss of the universe, you are imbued with infinite tenderness and love for it. And looking through the window of an airplane at the water surface, you involuntarily admire its bottomless depths and think about all the magnificence of this wonderful, but unknown world of underwater passions.

Immediately there is an overwhelming desire to look into this mysterious depth and find out what is hiding there. And the combination of millions of colors, majestic giant fish alternately with fidgeting and nervous flocks of minnows and the huge corals carry you into a completely different, but such a fantastic world of the water kingdom. It’s just like on another planet – its own laws, its own rules, and its own special, but no less delightful life.

This magnificent opportunity will give you diving – today the most popular hobby of many amateur scuba divers. If you want to know all the secrets of the underwater kingdom of the earth – by all means dive with scuba. You will be able and underwater photography, and fascinating marine biology with its various and unexpected discoveries.

The benefits of scuba diving

Using scuba, this wonder of the human mind, will give you the full range of knowledge when exploring this marvelous world of beauty. After all, it’s not an end in itself To reach the maximum depthThe most interesting thing for you to see is in the shallow waters, where life is already on the verge of being possible due to the pressure of the water column and the scarcity of sunlight. But just at shallow depths, where the sun warms up and lights up every inch of the bottom and every crevice of the crevice – the real paradise is raging and the most interesting for you.

Ocean diving is wonderful with its possibilities. Even swimming on the surface of a small lagoon, you can perfectly observe what is going on under the surface of the water surface. All that is hidden from the human eyes of those who lazily stroll in the shade of luxurious palm bushes or those who, lounging, sunbathing, will be available to your eyes.

Sinking into the water surface, you can feel with every cell of your body an unearthly feeling of weightlessness and absolute freedom of movement. As if an unknown force returns you into the bosom of Mother Nature. And it’s really so. After all, no pilot will fly together with a flock of birds. And an ocean diver can easily show himself among the numerous schools of unintimidated ocean fish.

Although the aqualung was invented back in the 1940s, it only gained real popularity two decades later. But today it enjoys a worldwide reputation and many hundreds of thousands and even millions of professional and just beginners scuba divers every year plough the ocean expanses in search of more and more adventures and in anticipation of more and more unusual discoveries.

Finding a part of a shipwreck somewhere in the underwater expanse of the ocean depths, especially if the remains of former battles are not particularly deep, the diver is faced with a real living monument, which is eager to reveal its secrets to the explorer. And let it be a brand new ship or, on the contrary, the wreck of a long sunken ocean adventurer turned into one big coral reef, it is still a great luck for a diver. These monsters, made of wood and iron, act as a kind of time machine, a cocoon that has absorbed the past.

Each ship, even every piece of it, has its own fascinating story of life and perhaps premature demise in the depths of the ocean. Having sunk to the quiet bottom, all this embodiment of human thought is at once at the mercy of water and all the variety of living organisms.

Everyone wants to seize this new piece of territory: from large predatory fish, to the small mollusk or magnificent coral. And after many centuries, each cabin, the former ship, every detail left of the former team with incredible force attract experienced and not so experienced divers, who feel like real discoverers and skilled explorers of the underwater secrets.

In the southern part of the vast Pacific Ocean, in French Polynesia, the warships of bygone centuries, which ended their journey in the ocean depths, have long become a valuable tourist destination for all modern divers. Despite all their motley company, they treat everything they discover underwater with care and caution. The diver’s golden rule applies: “Look, but don’t touch!” We recently did a review of the best dive sites in the world., we recommend.

Taking the most modern achievements of science and applying the technical thought of mankind in action, divers, piercing the thickness of the ocean water, take away with them thousands of photos and video clips taken while exploring and just contemplating the underwater splendors.

And you don’t have to worry about the fact that you’re probably not in great physical shape. Diving does not require the stature of Apollo or Herculean strength. Everything is just the opposite.

The most difficult time for the diver is the time spent before the dive on the surface of the water. Therefore, unlike many land sports, diving will allow you with all your age problems to continue to have real fun and enjoy not only your stamina but also the excellent underwater worlds of the ocean depths.

It is not for nothing that the French, whose compatriot Jean-Yves Cousteau is the inventor of scuba diving, consider diving a sport for the elderly.

Moreover, to start diving, it is enough to pass a small theoretical training and learn a number of simple skills that are perfectly proficient experienced diver-instructors. At any diving club, such specialists will provide you with all the necessary conditions for obtaining exactly the knowledge that will allow you in the future to comprehend the beauty and grandeur of the underwater world.

Safety first. What a diver needs to keep in mind
215

Safety first. What a diver needs to keep in mind
Every day people are getting tired of the monotonous
215

Dangerous diving: how to get home?
More and more people on the planet are engaged in diving.
173

Diver’s illnesses
Diving is always a risk. A simple failure to follow
213

Sea sickness: causes and treatment
Sea sickness – one of the good reasons why a
190

How to properly blow when diving and underwater
To blow well underwater, you need to start with dry land.
213
LotusDiving