Where does the salt come from in the ocean? 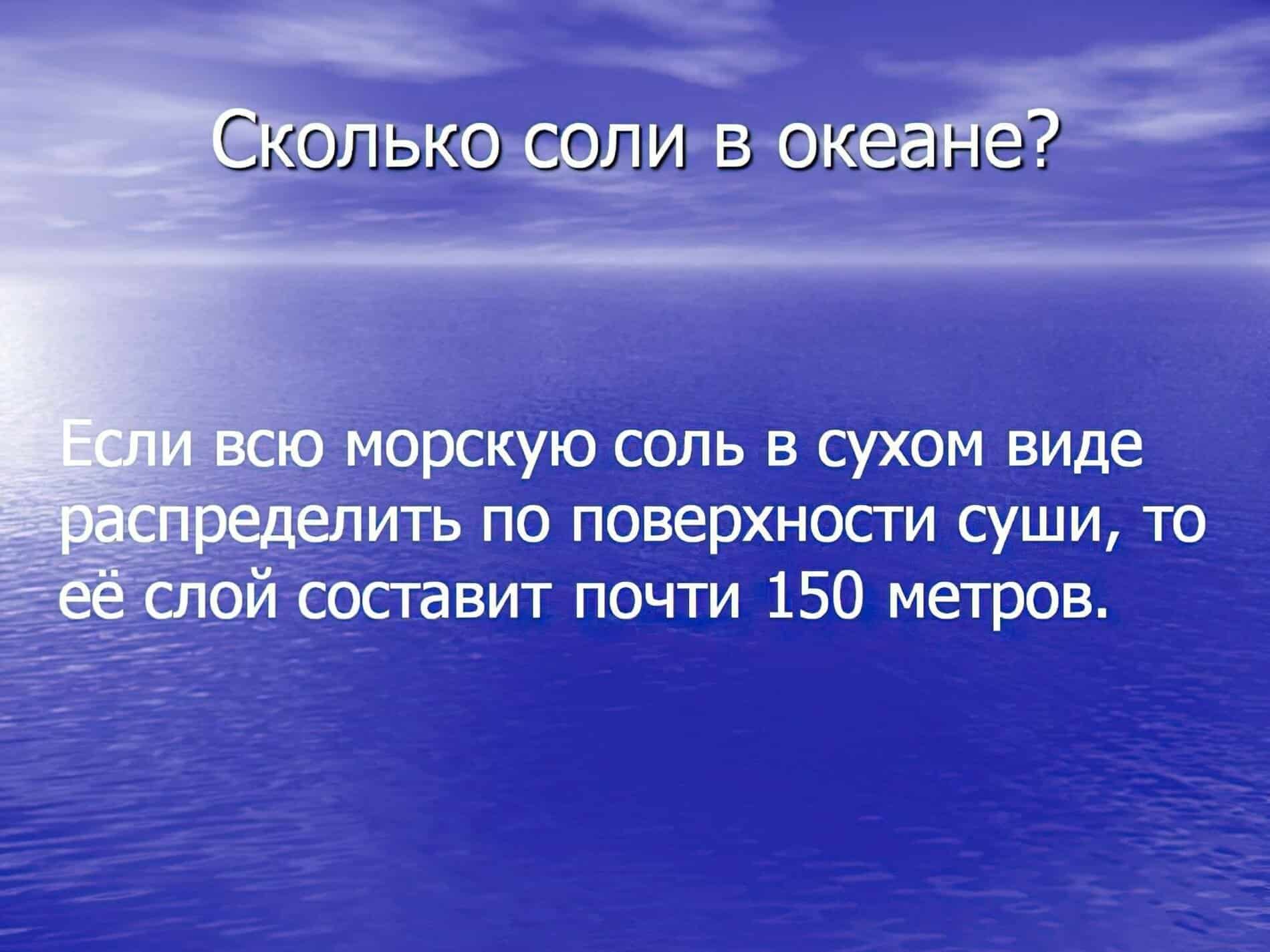 Where does salt come from in ocean water? Salt and other substances find their way into the ocean through the weathering of rocks. Brought in by rivers, these substances are distributed throughout the ocean. Other minerals enter the ocean with hydrothermal waters and volcanic eruptions.

Salts and other substances are withdrawn from the ocean with sea spray, evaporation, and biological processes. Scientists believe that the processes of salt intake and salt removal cancel each other out.

But where did the salt come from to begin with? One source is minerals that erode and dissolve in the fresh water that flows into the ocean. Rivers, rainwater runoff, and seeping water carry salts into the ocean. However, the salt composition of the ocean differs from that of the water brought in by rivers, hence there must be other sources of salt.

Surf waves do their part by eroding coastal rocks (more on this later). Hydrothermal vents (deep-water outcrops of hot groundwater) change the the composition of the wateradding some minerals and removing others.
Various biological and chemical processes and reactions in the water column and near the bottom also remove salts from the water. It is believed that all these processes are mutually balanced and the salt composition of the water remains constant. Thus, the ocean is in chemical equilibrium.

Rainfall, erosion, washout, and other natural processes occur – it would seem that the salinity of the ocean should rise or fall. However, this does not seem to be happening.

Most ocean scientists believe that the salinity of the ocean is stable, and there is no indication that the oceans are getting more or less salty.

The processes by which salt enters and leaves the ocean are thought to cancel each other out.
Low temperature and high salinity increase the density of water, and high temperature and low salinity make the water less dense.

Relatively warm, low-density surface water is separated from cold, dense deep water by a thermocline, a zone where temperature changes sharply with depth. These different layers are so sharply separated from each other that in calm weather you can swim in warm water with your hand down in cold water.

These layers are most pronounced in enclosed freshwater bodies: lakes and quarries.
The difference in water temperature above and below a thermocline may reach 8-11°С.

Safety first. What a diver needs to keep in mind
Every day people are getting tired of the monotonous
542