What is nitrox in diving? 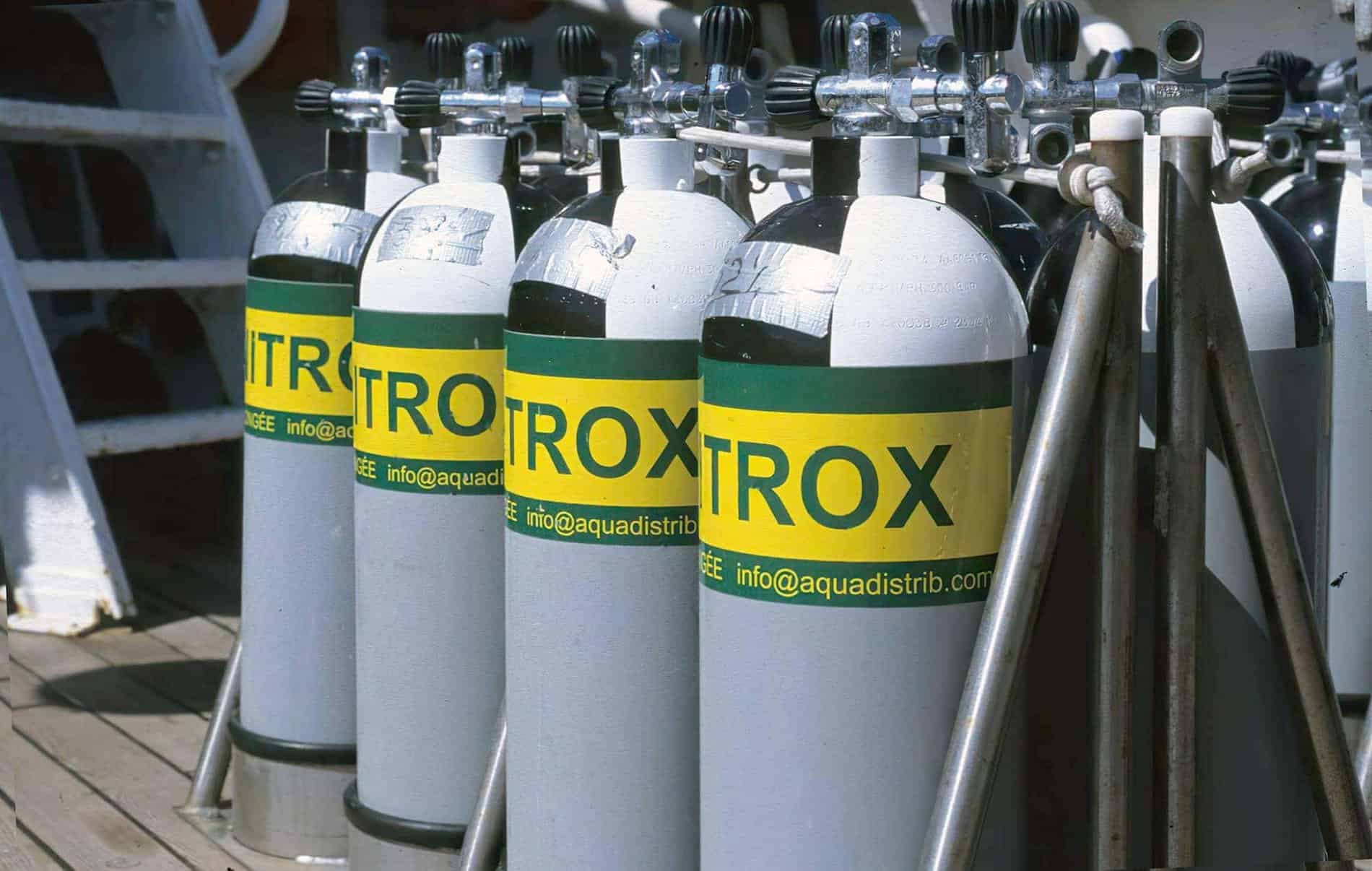 NITROX mixtures, as you have probably already noticed, consist of the same gases as ordinary atmospheric air. So we call air a very specific mixture of nitrogen and oxygen (79% – N2 and 21% – O2), and it is just one particular case of NAITROX.

Congratulations to those for whom this is news – you are already breathing NAITROX!
In this course, we will be looking at NITROX mixtures with higher oxygen content (21% to 40%). Simply put, it is oxygen-enriched air with a correspondingly lower nitrogen content.

If the oxygen is 32% in a NYTROX mixture, then the nitrogen naturally takes up the remaining 68%. When you see the tag “EANx36” on the cylinder, what do you think is the percentage of nitrogen in the mixture? If you think 64%, you’re right.

Because oxygen-enriched NITROX contains less nitrogen than air, its harmful effects on the body are significantly reduced. That is, using NIGHTROX mixtures you will be able to stay underwater much longer, significantly reduce decompression stops and intervals between dives, as well as significantly reduce the risk of diseases and pathological conditions associated with excessive nitrogen in the body (nitrogen narcosis, bends, interstitial bubble formation, fatigue and sleepiness after diving).

These benefits are obvious. But NITROX mixtures, besides the reduced nitrogen content, have a correspondingly increased amount of oxygen, which, naturally, also affects our body. Therefore they also require strict adherence to the rules of their introducing its restrictions.

Safety first. What a diver needs to keep in mind
215

Safety first. What a diver needs to keep in mind
Every day people are getting tired of the monotonous
215

How to properly blow when diving and underwater
To blow well underwater, you need to start with dry land.
213

Dangerous diving: how to get home?
More and more people on the planet are engaged in diving.
173

Diver’s illnesses
Diving is always a risk. A simple failure to follow
213

Sea sickness: causes and treatment
Sea sickness – one of the good reasons why a
190
LotusDiving