Today I will tell you about diving at Kabanyi Mine in Budapest. After diving Lake Rummy, which I visited in 2016, my appetite for new discoveries grew in me. Discoveries of building complexes, mines, work sites where there are traces of the presence of people who are currently underwater. “Urban diving” really appealed to me, and it gnawed deep into my mind, forcing me to seek out the next dive sites of this type. 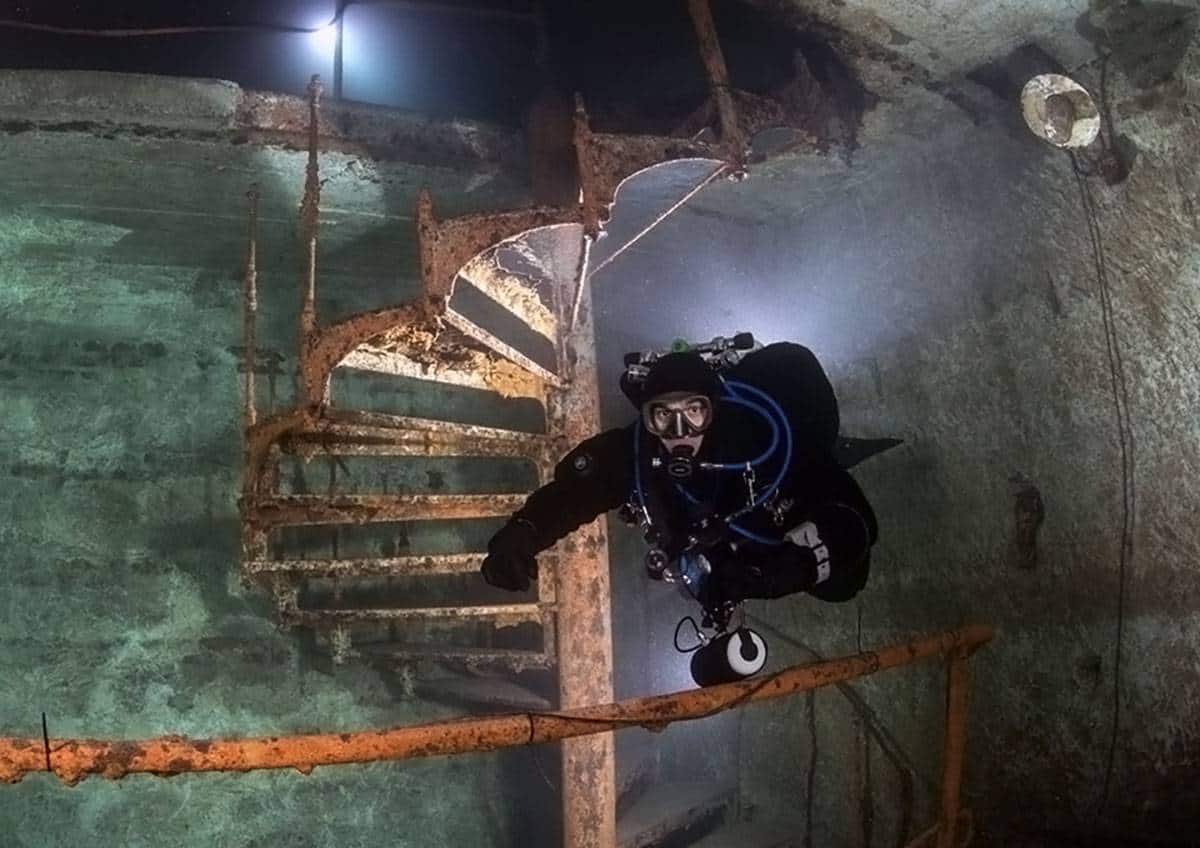 I had heard about the Hungarian Cabaña before, I had seen some pictures, although at first I didn’t know that the pictures were from this particular mine. I also didn’t have the realization that the mine was in the town itself.

Budapest Cobanya is actually the tenth district of the city, the center of the municipality of the same name in part of the former Pest. Perhaps not everyone knows it yet, but Budapest used to be two cities: Buda and Pest, separated from each other by the Danube. Once upon a time (that is, around the 12th century) this whole area was engaged in the extraction of building materials (apart from limestone, clay was extracted here) necessary for the expansion of the city.

One of the building materials was limestone, which was in short supply in this region. The same limestone was an important component for the famous buildings of Budapest. Today’s landmarks in the Hungarian capital, for the most part, received limestone from Kabanya. The area got its plausible name precisely because of limestone mining. Kabanja in Hungarian simply means quarry.

The mine, however, was closed at some point, probably due to the loss of profitability of mining and the opportunity to market it. Most importantly, water of crystal transparency began to rise through the base of the mine, which soon began to be used for beer production. It got to the point where kegs of beer began to be stored here because the corridors of the mine were huge, very porous, and provided a constant and good climate for beer.

Constant, moderately low temperatures, high humidity, and corridors you could drive a big truck into. The brewery, however, also came out of the mine. It seems that the mine uses some more of the surface infrastructure, but the underground corridor area is now mostly used by divers.

Another part of the underground city is closed for civil defense purposes, but this is only a fraction of the mighty network of underground tunnels that stretch for many kilometers and could serve as the setting for a fantasy movie, or S-F. The flooding process continues to this day. Slowly, millimeter by millimeter, the water in the corridors is rising. The local guide, Joseph Spagniol, claims that already our children will be able to dive in the tunnels that today serve us for collecting equipment and for moving cars between the next points underground. 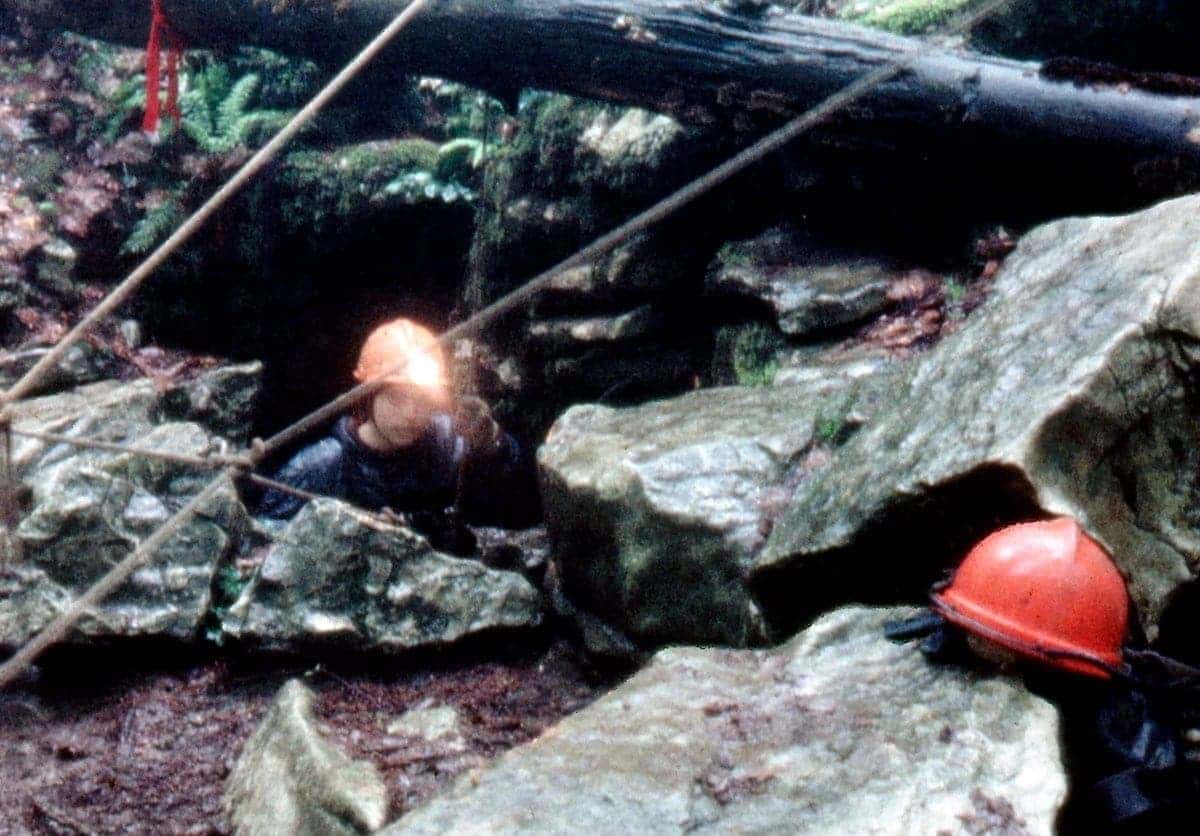 Locations in the mine.

We have four main locations. The distances between them are quite large. We enter the mine with our vehicles and send a guide to the next locations. Only one of them is almost right outside the track gate. Entering deeper underground means for us to be cut off from the outside world and civilization.

Phones are in silent mode, there is no internet service, and no location finder will help. We don’t sneak anywhere, going on hikes. Apparently, hiking expeditions deep into Cabania are also organized for those who wish to do so. This is certainly an interesting proposition for urbanophiles. We’re talking about mines carved into solid rock.

Some halls and rooms are the height of a multi-story house, of course, most unusually they look poured with water. Those in which we hang from the ceiling ten meters above the ground, succumbing to the magical impression of feeling of flying in the air. The water here is indeed crystal clear and transparent. Sometimes it’s easy to forget that we’re the ones diving, and it’s only thanks to the equipment we have on hand that we can be in these rooms.

The entire complex and dive sites and care of the group is managed by Joseph Spanyol and we do all the dives with him. Joseph relays in advance all the details related to the organization of the dives in Kobanya. So, I arrive with the group, knowing roughly what we can expect.

We arrive at the site with full equipment.ready for cold water diving. Dry suits.and thick thermal underwear. On the spot I orient that I did not take outer gloves with rings and dive in thin wet gloves. The water is almost ten degrees above zero. I am happy to discover that it is not the northern waters that provide constant cryotherapy. It is good to have an oxygen-nitrogen mixture in the cylinders, at the price of dives.

The place requires good underwater computer preparation and firmware – minimum AOWD (with well controlled buoyancy equipment), double sets, or at least tank + stage. There are no special procedures involved here, just occupying the facilities where a group of amateurs might be a problem for the rest of us.

You can also come with one tank and OWD credentials, but then we were only able to view one underwater spot. Credentials and caving equipment are not required, but desirable. Joseph patiently explains all the issues involved in diving the planned locations.

We obediently give ourselves to his experience, and count on him in the matter of determining the route to visit. The routes are for recreation and fun, not difficult. Someone once beautifully compared them to diving in the cenotes. 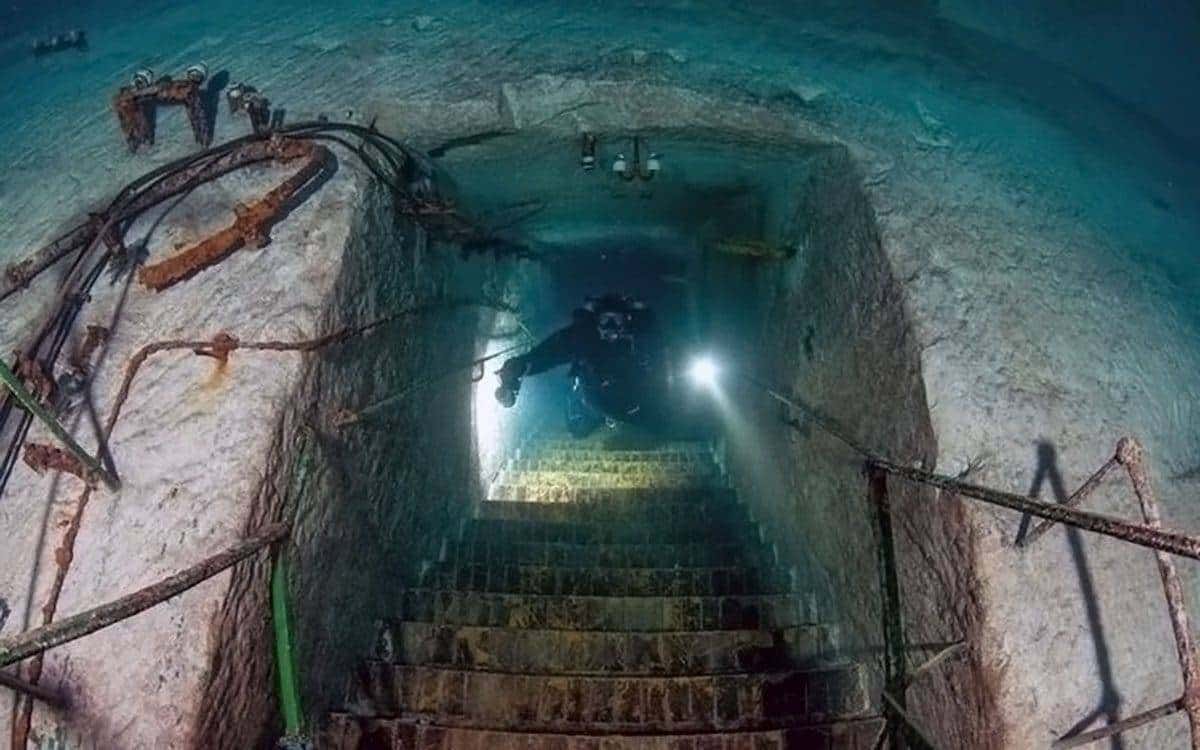 The trails are not difficult (though there are more serious ones for those who wish to do so), and the facilities are sometimes terrific. Nevertheless, I wouldn’t approach these dives as pleasures. There’s a reason we come in two sets of tanks., and are expectedly good swimmers. There are also moments where those with claustrophobia may feel uncomfortable.

On this day we got Joseph’s favorite route, which is actually a vertical room connecting the two frames with which we dive and surfaced. First we went on the descent with a large ladder to the bottom, in which a narrow and long well less than two meters wide was drilled.

We went down some two meters, maybe three, and found ourselves in the next hall, where the bottom is less than forty meters. The room is big, but it’s usually a wide stairwell. There’s nothing else. From here we pop up to a few dozen meters and emerge into a side corridor leading to the surface.

Just getting through the well is reason to speed up your heart rate, the rest is already less exciting and you don’t feel much of the stress of diving in this place. I certainly remember the second dive best. A wide horizontal hall, lit from below by a few strong lights, from which there are perhaps two corridors leading out, and that too, down the stairs below.

Here stands a stroller, which is a grateful subject for the many photographs brought back from Cobania. Over the course of the weekend, we did a total of four dives. Two each day. After finishing the dives, around 4:00 p.m. we were on our way back to the hotel with time left for sightseeing in Budapest.

Where to stay in Budapest

When planning your trip, it is worth considering the city’s well-localized network of hostels. In our case, Hotel Chesscom at the large Kobanya Kispest subway station, at the end of the red subway line was a good choice. The rooms are quite cramped, the standard is average. But no good service, no normal breakfast, it was impossible to pick on the hotel. The most interesting sights in Budapest, are along the Danube. 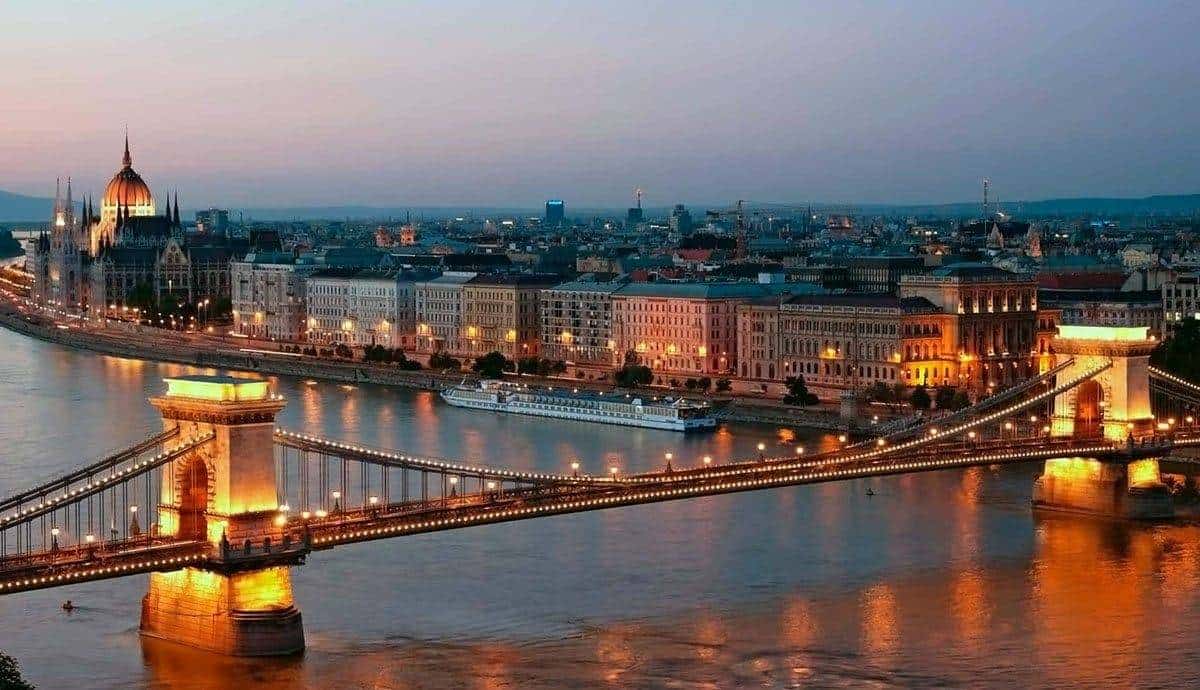 Starting from Mount Gellert and ending at Margaret Island, we went down by foot. In the meantime, it is worthwhile to drive through the streets, look for souvenir stores and sit in one of Budapest’s restaurants and taste Hungarian cuisine. But it is worth preparing a reserve of cash in advance.

Places that accept payment cards are like medicine, which is interesting, in many places the prices are in euros, and you can pay with this currency. A weekend in Budapest is a good idea for early spring or fall, when there are still few tourists. On Sunday, we finished our dives in Cabaña a little early, and headed toward the airport because we were going to work on Monday.

Author of the site All about diving.

The best places for diving