Safari diving in the Red Sea

So, changing our usual preferences, we decided to find out if there was anything betterthan the islands in the Gulf of Thailand and safari diving in the Red Sea? Diving started on September 16th in Hurghada. Our group flew in on different charters the whole day of September 16th. Finally everybody arrived and loaded up with the gifts of the local Duty Free liquor store, we arrived on board of the Angel of Good Luck.

The Angel of Good Luck is built in Alexandria and belongs to the Russian Diving Center in Hurghada “Aqualink.” It has 8 cabins, stateroom, 4 showers, 4 toilets, a supply of fresh water, unlimited coffee, and tea. Up to this point, I had only experience diving in the Gulf of Thailand. There, as you know, there are no big waves, visibility is so-so (remember at Vinsky’s: …diving in Thailand – is like diving into Thai soup).

So we were a little shocked to see under the water completely obscene amount of animals in very clear water. Good mood was added to the stories of our instructor Ivan that it is better not to touch anything underwater.

It turns out that in this beauty there are some winged fish (lionfish), which are poisonous, the fish-stones (stonefish), which are deadly poisonous, the fish-surgeons, who do not mind doing your autopsy, and the triggerfish, which in appearance resemble langoliers of the same title film. And, of course, you will be very lucky if you see sharks (or sharks will see you). Therefore, in extreme cases, careless diving in the Red Sea can be an unpleasant surprise for you. 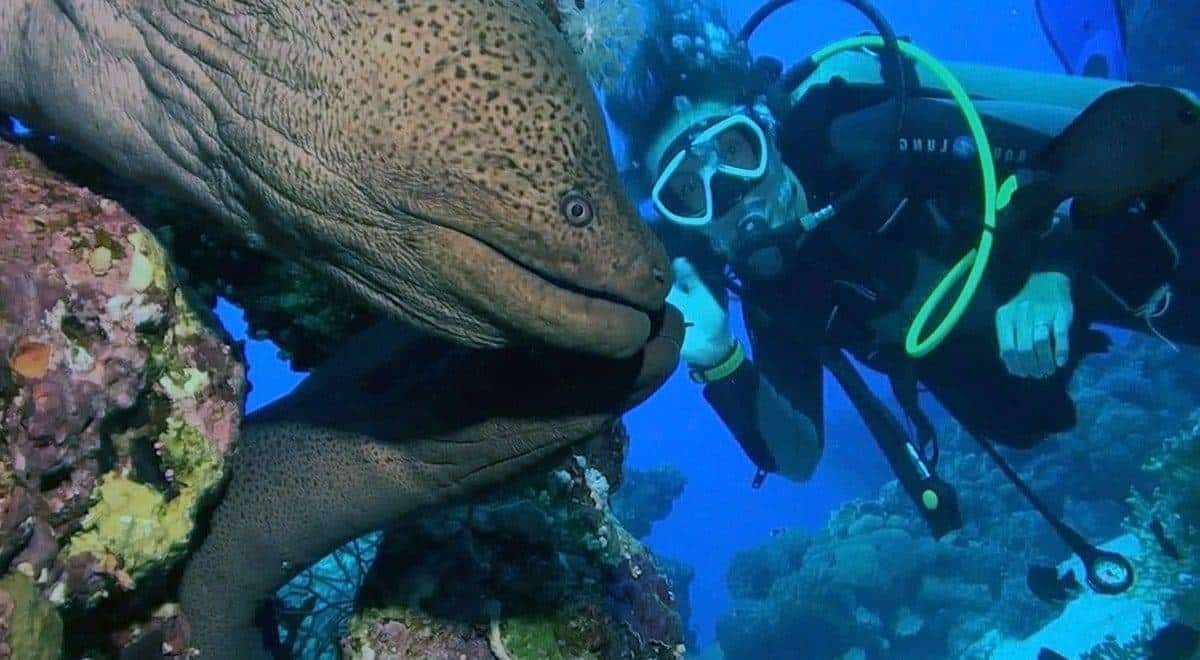 On the second day we arrived at the wreck of three ships – Abu Nabas Reef: Giannis D, The Carnatic, Krisuola. We made dives to the Giannis D and Karnatik.

The Giannis D is a Greek drydocker that unsuccessfully attempted to sail past this reef on April 19, 1983. It is a pile of scrap metal that clings to all your protruding pieces of equipment. So-so….

Carnatic, though! On September 13, 1869 at 01:00 AM, one hour after the passage of the Suez Canal, the British were apparently having so much fun that they made a completely incomprehensible maneuver and ended up on the reef. The Carnatic was bound for India for spices and was carrying dough totaling 40,000 pounds in gold. Subsequently, only 32,000 pounds were found, where the rest had gone – no one knows. The Carnatic lies at 24 m. broken into two pieces. By the way, near the ship is a pile of broken bottles. The view is absolutely romantic – exactly how sunken ships with gold should look like…

The next day was planned to visit the famous Tiestelgorm. Basically, for the sake of it alone it is worth flying to the Red Sea. On October 6, 1941 this English transport alone and without a guard, having rounded Africa, approached the Suez Canal and anchored for the night. At the time, the German planes, based in Cyprus, were apparently circling. And at 01:30 am, they saw a huge transport (129 m long) anchored in the middle of the sea with lights out. I think they could not believe their eyes. After they did believe their eyes, they dropped two torpedoes and sank the Tiesthelgorm. It remained anchored. 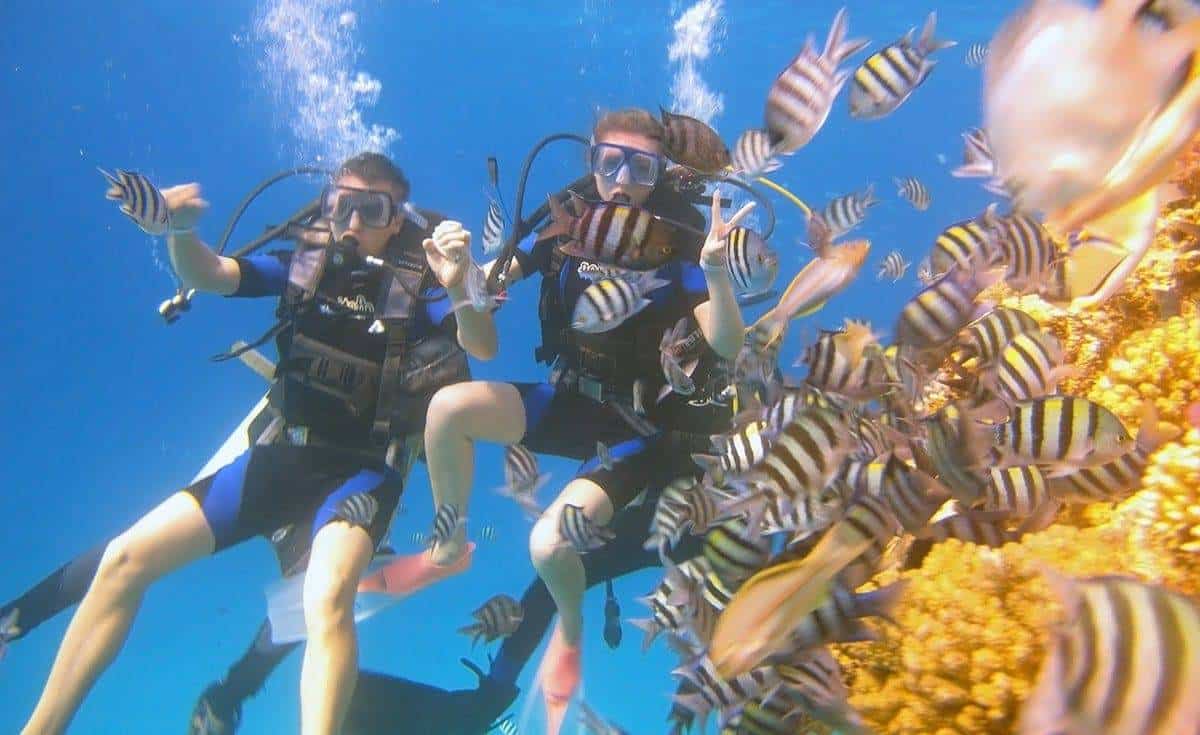 Features of safari diving in the Red Sea

Because the Tiesthelgorm lies where the commercial routes pass, there is a problem for divers – it is not always possible to approach this place because of the waves. We had to wait 24 hours for the sea to calm down. Finally we come to the place where it lies and we see 12(!) bots with divers. The picture is the same as the sightseeing buses near the Red Square.

At last we dive. The Tiesthelgorm lies at 30 meters and the upper deck is at 17 meters. It is a fascinating sight when, as you approach, the outline of a huge ship emerges from the mist. At the stern there are the railway cars, then passing through the inner space you enter the place where there are motorcycles, then the breaking point – a huge pile of boxes with shells (you may think they will blow up) and then there is the tank lying on its side. And, finally, on the bow of the anti-self-propelled cannon, which never saved the Tiesthelgorm…

So goodbye Tiesthelgorm, reefs, fish, morays… The remaining days were devoted to diving near the numerous reefs of the Red Sea. Especially memorable was the last dive – Careless Reef. There were all – and numerous moray eels, and winged fish, and the promised shark. Why does the good stuff end so quickly?

Safety first. What a diver needs to keep in mind
Every day people are getting tired of the monotonous
483

Diver’s illnesses
Diving is always a risk. A simple failure to follow
382

How to properly blow when diving and underwater
To blow well underwater, you need to start with dry land.
491

Sea sickness: causes and treatment
Sea sickness – one of the good reasons why a
444

Dangerous diving: how to get home?
More and more people on the planet are engaged in diving.
359