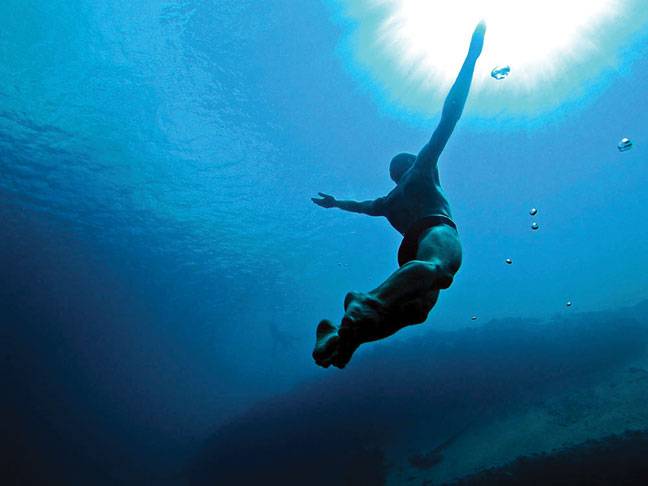 Freediving is a special kind of diving. After all, in order to be underwater, a person only needs to hold his breath.

Freediving – is the earliest form of diving, and it is still popular in both sport and commerce. The sport is constantly evolving.

The record for breath-holding already reaches 12 minutes, and the record for diving to depth has long since passed 100 meters. Perhaps, after all, there is no limit to human capabilities.

The record for non-diving

The first record for diving without scuba diving was set by the divers Enzo Mallorca and Jacques Majol. They dived to a depth of 100 meters. But their result was not officially recorded in sports records.

But thanks to Luc Besson’s Blue Abyss their names will always be remembered (they became prototypes of the main characters in the film).

Deep sea freediving is considered to be the most popular form of scuba diving. But there are many other disciplines in the International Diving Development Association (AIDA) system in this field.

For example, static and dynamic diving, “constant weight flippers” and so on. And in each discipline, the records are staggering.

In the category “free diving” a new world record was set in 2013 at the Freediving World Championships in Greece. The record-breaker among women was Russia’s Natalia Molchanova. She dived to a depth of 91 meters without a scuba diver. Among men the record was set in 2011 and since then has not been broken.

The record-breaker then was William Tunbridge of New Zealand. He dived to a depth of 121 meters.
The first diver to break the record was Natalia Molchanova. She set the record first in 2009 and then broke it herself in 2013.