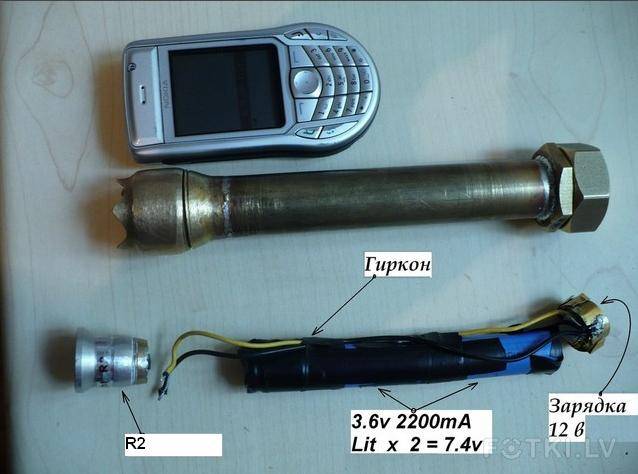 Today we will learn how to make a homemade underwater hunting flashlight. The main trend of underwater flashlights is that they are complete with power cells.

Statistically, the two most popular underwater hunting flashlights today are the MagicShine flashlight and the Ferei 152. The flashlights are made in metal and have several modes of illumination (100% light, 50% light, 25% and strobe mode).

Underwater hunting flashlight differs in the type of filter. Many flashlights are sold with cold light (white – suitable for the seas and oceans, the water having a greater transparency) and warm light (yellow – suitable for rivers, muddy water).

There is a flashlight for spearfishing and with a red glow. When buying a flashlight, pay your attention to the halo of the light, it may be denser or have a central point of light.

It is recommended to make a homemade flashlight for spearfishing after careful study of its features.
Flashlights range in size from small to large. Small flashlights have a compartment for one battery, accordingly they will shine very weakly (about 2 times less), they are well suited for a gun with an offset handle. Various filters are used to change the color of the light.

Flashlights are usually divided into two types: for beginners and professionals (high power). The difference between these types is the number of diodes. Flashlights with one diode in power do not exceed 1000. A professional flashlight for underwater hunting has several diodes (for example, 3).

Self-made flashlight for underwater hunting can be amateur, as it is very difficult to create a professional one with your own hands.
Increase the amount of work of the flashlight on medium mode (2.5 hours) is possible with several batteries connected together (two blocks of two batteries wired in parallel). The sum of the four batteries is about 14 amps. This device must be closely monitored at all times.

A normal (native) battery, due to the fact that the controller limits the discharge and maximum charge to full capacity, loses 5 percent of a full charge. In the assembly stage of 4 batteries with the controller will lose 10 percent of a full charge unless the controller is removed. Subsequently the battery is fully charged. This takes twice as long as charging a normal battery (since we have four batteries instead of two). Such a battery will run for not less than 6 hours and not more than 8 hours (after about the 5th charge cycle you can determine the exact time).

Since. the battery obtained will not fit completely into the flashlight, you need to measure the size from the cover (from the pressure valve) for a specially chiseled insert (removable addition). It is possible to make a homemade flashlight for spearfishing, but for this you need to know the features and nuances of its work.

So, what you need to remember to choose a flashlight:

It should be as waterproof as possible;
Consume less energy (longer duration of operation);
Look at the power of the light (it should be high);
Rugged, reliable construction that protects against breakage and cracks;
Include reliable batteries;
Ease of operation and strength of fixation.

All flashlights attach in different ways. For example, there are flashlights that are fixed on the arm, on the belt, and under the barrel. When choosing, check the attachment and the lanyard on which the flashlight will be held. If, however, you have the question of attaching a flashlight to the gunHere’s one way to do it. 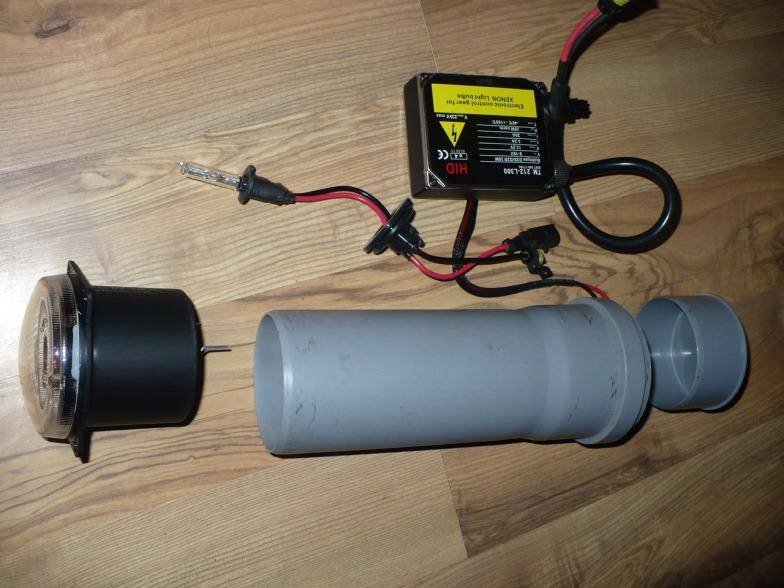 The first thing to do will be a blank of foam. From the previously prepared piece cut a rectangle 55 mm thick, 70 mm high, 550 mm long.
On our resulting part draw on both sides of the semicircles (where we measured the thickness).

Then we wrap the rod in sandpaper of maximum hardness and rub it on two sides of the foam rubber approaching our marks. We give the shape you want with the second sandpaper (try it on the gun). Paint the float with short strokes from a distance of 50 mm. Attach the lantern. Done! Good luck hunting.

How to properly blow when diving and underwater
To blow well underwater, you need to start with dry land.
219
LotusDiving