Diving equipment can play a crucial role during a dive. Today, let’s talk about the main functions of underwater dive computers.

A dive computer or dive hunting computer is needed to help the diver and to prevent going beyond decompression-free limits. 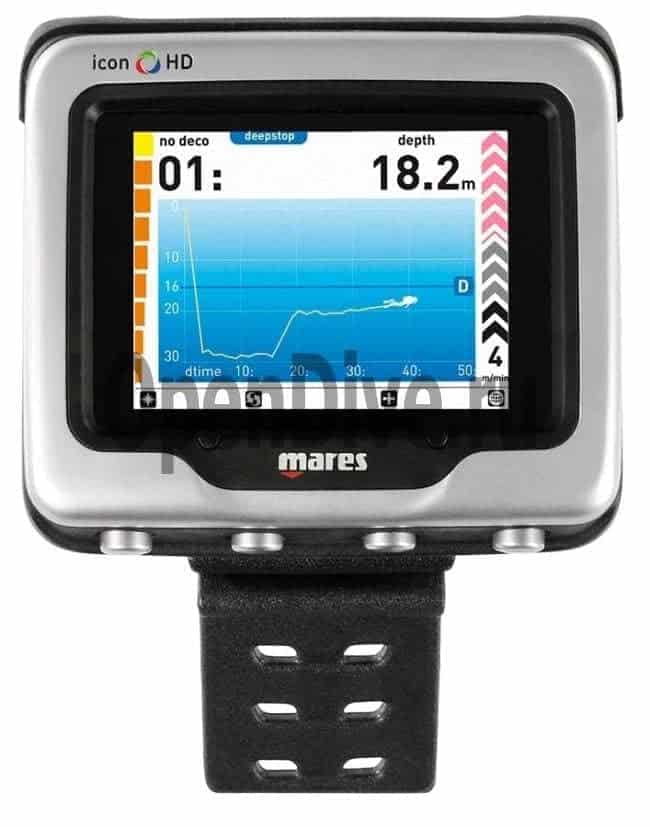 Well, if a diver has descended below such a limit, the device will be able to calculate the decompression stops designed for timely ascent to the surface, because if risen before time there is a risk of formation of nitrogen bubbles in the bloodstream, and as a consequence, the development of bends. We wrote about this in the article Diver’s illnesses.

Before the advent of such tricky devices, divers used specialized decompression tables when making a dive plan.

But with the development of computer technology, a diving or hunting computer appeared. At first, these were quite massive devices of rectangular shape. Such dimensions, of course, caused inconvenience.

Then the developers combined a computer with a gauge, so the console turned out. After that, diving enthusiasts without excessive wires and spigots came up with special transmitters that transmit information about the pressure wirelessly to an ordinary wrist computer.

The gear can be made on the basis of different types:

It should be noted that this classification is very rough, but an approximate understanding it forms. 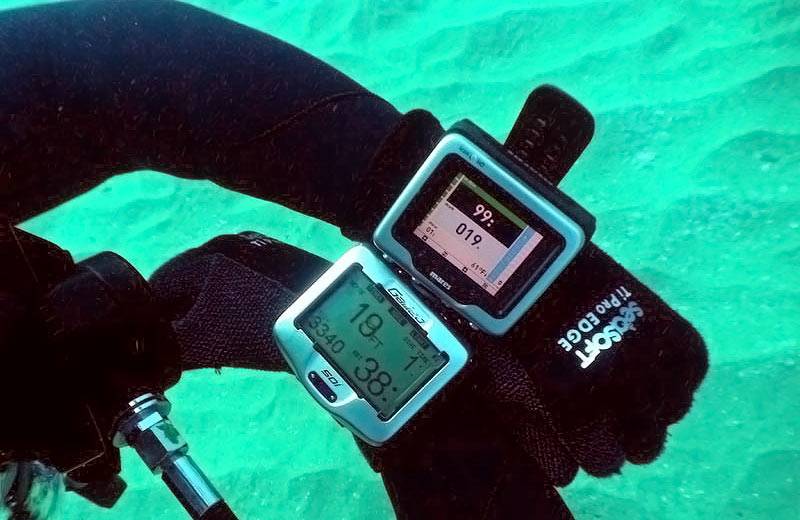 At the moment, a dive computer of any type must perform the following tasks:

1) specify time and water temperature;
2) provide operation in modes: “Nitrox”, “Meter”, “Air”, “Freediving”;
3) to give an audible alarm in time in dangerous situations and before them;
4) provide a timer function and count down the time of transitions;
5) record the dive BOG, as well as history of previous dives;
6) enable compression mode when the diver exceeds the no-decompression threshold.

Many clever manufacturers cram their products with additional options. An example would be the integration of a digital compass, or adding automatic triggering of the display backlight in dark areas.

Computers for technical divers should provide a timer switch when performing a trimix dive.

It is worth mentioning that computers with transmitters may have the option of working with several transmitters in real time (for example, a guide can monitor the pressure of cylinders at tourists). 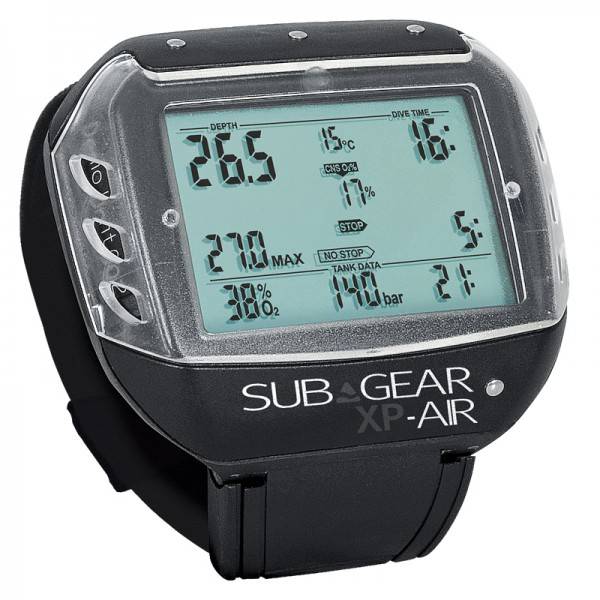 Devices with transmitters allow you to completely eliminate the need for a pressure gauge, which means there is no need for a high-pressure hose. But their disadvantage is low noise immunity. That is, when diving to sunken ships, such computers start to be capricious because of the interaction of the transmitter with the steel.

Choosing computer for diving, take into account that it is an individual thing.

A modern dive computer equips the diver with an enormous amount of information. Today it not only shows the time, but completely replaces the depth gauge, thermometer and even the pressure gauge. 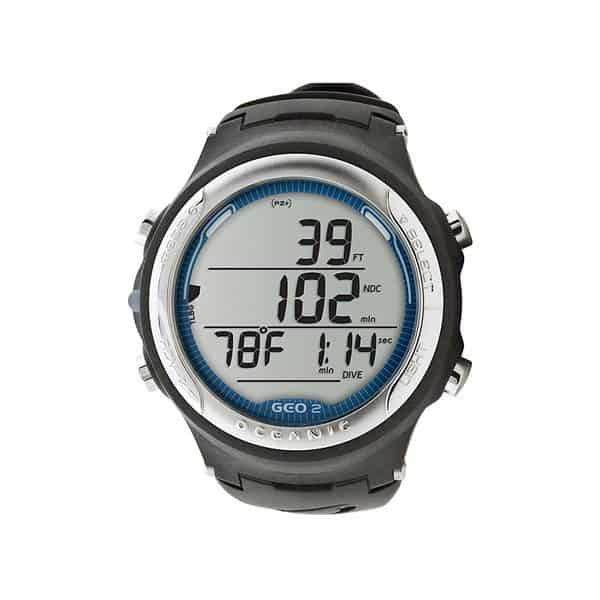 It also helps during dive and surfacing, which is very important in diving.

Underwater computers have several classifications. According to the type of breathing mixture used, they are divided into air, Nitrox, and trimix.

There is also equipment with and without cylinder pressure monitoring. According to the number of breathing mixes computers are divided into single-mix and multi-mix (in technical diving). Computers are distinguished by the decompression algorithms used and by the type of breathing cycle.

You can also choose a computer by size. The smallest models are the Suunto Spider and the Nitek C. But because of the small size, there can be problems with reading the numbers. But the leaders in readability of readings are computers from Cochran.

It is no secret that Suunto has become popular due to its developments in the field of wrist computers for diving. Today, the most popular equipment of this company is Suunto D4i.

Features of the model (compared to the previous D4):

More organic design and attractive appearance;
Wireless connection to the air system;
More accurate pressure sensor;
Data transfer via USB cable;
Smooth operation when diving to a depth of 100 meters;
An audible alarm system appeared;
In addition, most modern Suunto models take into account the diver’s breathing rate and make corrections for cold water and increased load.
The equipment of this company is used in recreational diving.

It can be used in recreational diving as well as in technical diving. It conquers with its quality and price. The average cost of a Sivuch computer is $550.

Other obvious pluses are the rugged molded case, the way to attach it to the hand (3-5mm thick Hungarian loop), replaceable glass, the duration of operation under water (40 hours in diving mode), the depth of use (130m).

A diver’s life often depends on the dive computer readings. Therefore, take the choice of this device seriously. But do not forget about the tables. They are your safety backup system.

How to choose a watch for diving

Watch for underwater hunting and swimming