When we dive, we use a gas mixture to breathe at a pressure equal to the pressure of the environment around us. This pressure is called absolute pressure. It is the sum of the water pressure and the atmospheric pressure acting on us.

The pressure created by the atmosphere at the surface of the Earth is called atmospheric pressure. At sea level, it is 760 millimeters of mercury, or one atmosphere (one bar). However, its value is constantly changing due to processes occurring in the atmosphere. The concept of “absolute atmospheres” has been introduced to denote true pressure (ATA). In our calculations we will use the notation PATA to express absolute pressure.

In order to calculate oxygen dive limits, you need to be able to determine the PATA at sea at a certain depth. To determine (PATA) you need to add the atmospheric pressure to the pressure gauge reading in equal units. For example, if the depth gauge reads 20 msw (i.e., 2 ATA or 2 bars), then PATA equals 3 atmospheres (ATA) or 3 bars.
You can also calculate this mathematically. 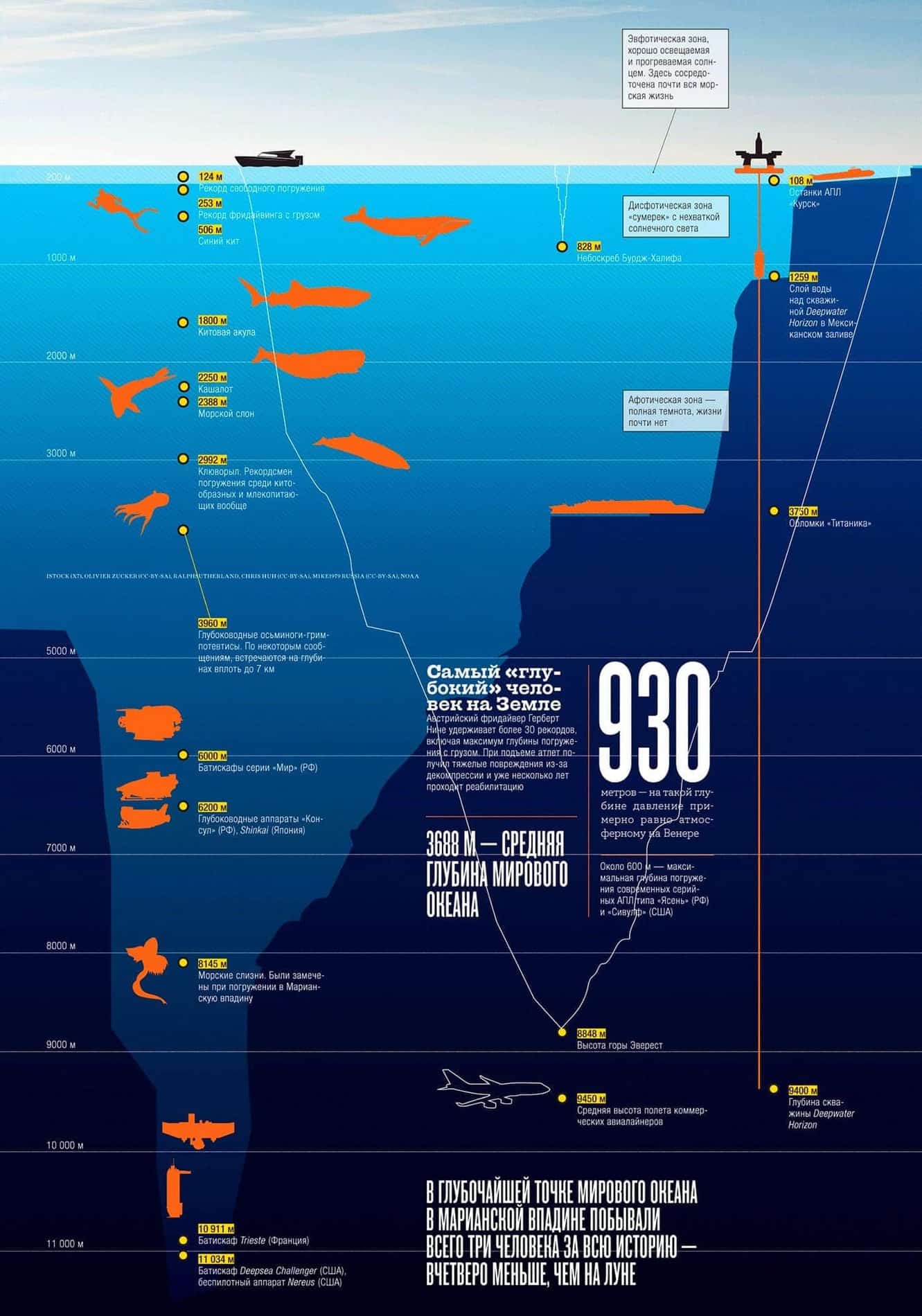 To do this, first determine the relative pressure at depth (D) in atmospheres (Atm) using the following formula: