Cliff diving – what is it (high diving) 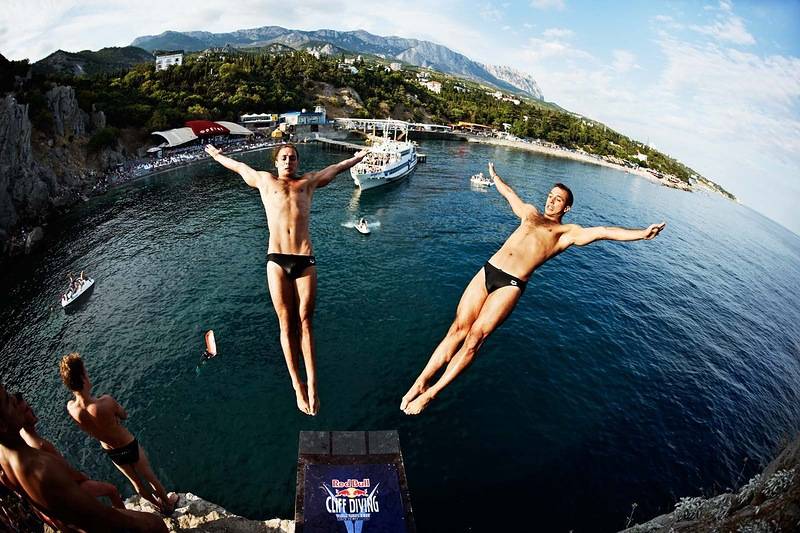 Cliff diving – the name of the sport, which consists in the fact that a person jumping off the cliff to show all the plasticity and beauty of his body. This is the most extreme sport.

During the fall from a great height, a person accelerates to 100 kilometers per hour in just two seconds. And then, plunging into the water, dropping their speed to 0. When jumping from a height of 30 meters the water is as hard as as asphalt, and the overload experienced by the jumper is stronger than that of a pilot. Nevertheless, these athletes, have no equipment, no helmets, no jumpsuits, much less seat belts. On their bare bodies, they wear only swimming trunks. Before jumping, an athlete calculates his fall.

Professional cliff divers and high divers, those who dare to jump from different heights are only 20 people in the world.

Orlando Duke, Harry Hunt and Artem Silchenko are considered the best high divers of the planet. The young men have traveled half the world, jumping off cliffs almost everywhere.

Cliff diving is a serious sport for true connoisseurs of extreme sports.

Orlando Duke has been diving since he was 10 years old. Now he can easily and spectacularly dive from anywhere;
Harry Hunt is British. Can perform the most difficult jump in the history of mankind, a triple backflip with four turns. Changing the position of the center of gravity in flight, grouping and straightening, the jumper adjusts the direction of rotation to perform a somersault, pirouette or twist;
Artem Silchenko is a Russian athlete born in Voronezh. He moved to China specifically to start diving professionally. His success lies in constant training. On October 26, 2013 in the Red Bull Cliff Diving World Series, Artem won the title of world champion.

From the outside, cliffdiving jumps from 30 meters seems like complete madness. After all, one inaccurate movement or a sudden gust of wind can change the trajectory of the flight and cost the person who dives – lives.
Jumpers – amateurs, it is difficult to repeat any – a trick committed by professionals. While professionals have time to change the position of their bodies in the air several times. What is the secret?

Cliff diving appeared in Hawaii in a village on the island of Lanai
Beginning in 1996, the first headquarters of high – diving appeared in Switzerland.
High – diving differs from cliff – diving in that high diving takes place in natural conditions, when the athletes jump off the cliff. In high diving it can be a special design to gather the public around and make a real spectacle. 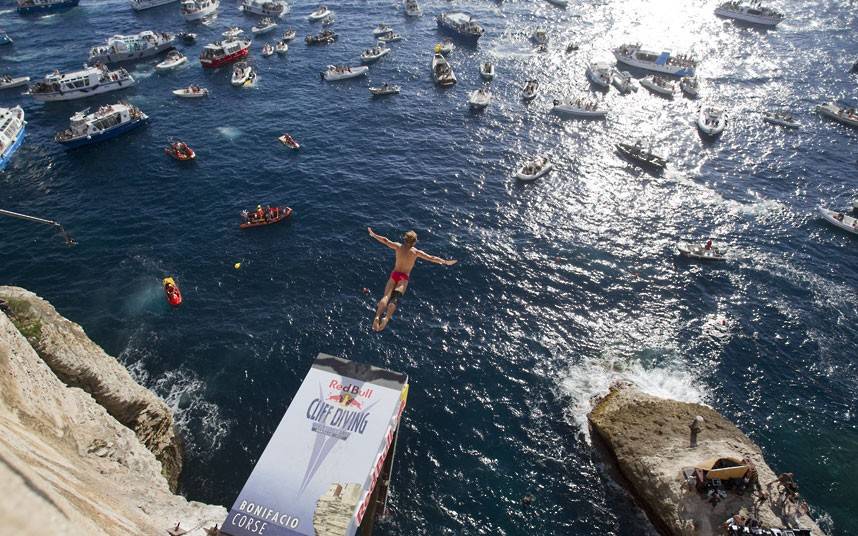 Since 2000, the red-bull company has been organizing annual competitions in these sports sports in all corners of the world.

The advantage of cliff – diving is that a person engaged in the sport, will always be in great shape. Because it trains all the muscles of his body.
Just as an advantage is a very nice view, from where the jumper will perform the trick.

If you type in a search engine the name of this extreme sport, there are many picturesque, inspiring pictures, showing the jump and all the beauty of nature. The water, the height and the greenery around is mesmerizing. Techniques diving is performed in a natural environment (jumps are made from a high cliff).

This sport is suitable for people who love to experience a lot of adrenaline. His figure rises when a person feels danger, shock or stress. The blood pressure goes up.

In Russia there is already a school for teaching cliff diving. They say that people, once they have felt, understood and experienced all the feelings of this sport, having tasted it, can no longer imagine their life without jumping. After all, during the fall, the athlete is alone with his feelings and thoughts. Cliff diving is a great opportunity to combine sport and self-understanding.