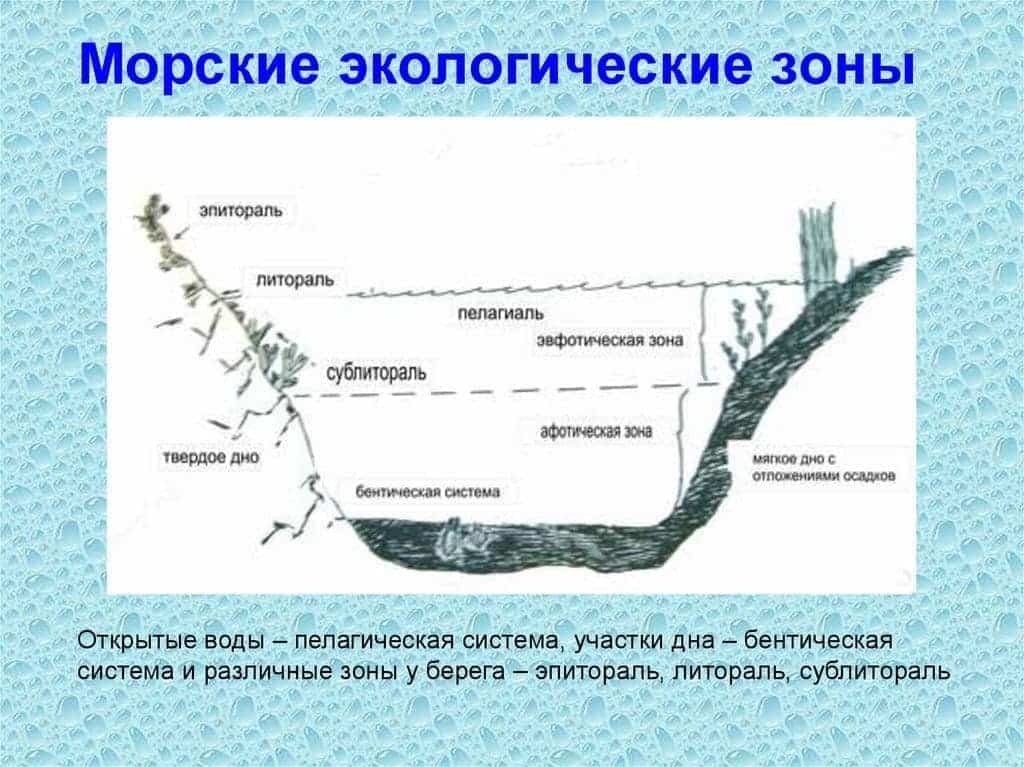 The aphotic zone lies below the photic zone. No light enters the aphotic zone at all. In fact, it occupies most of the ocean, but only a small fraction of marine organisms lives here.

Of all factors, the vertical distribution of autotrophic organisms is most strongly influenced by turbidity. The maximum depth at which photointegrating organisms can survive (where the amount of light needed for photosynthesis) increases with decreasing turbidity.

In the oceans, autotrophs usually do not live deeper than 190 m, and in most fresh water bodies this figure is much lower.

Certain groups of organisms use different parts of the spectrum for photosynthesis, depending on what photosynthetic pigments they have.

Red algae look red because they absorb green and blue rays and reflect red rays, which is the color we see.

Safety first. What a diver needs to keep in mind

Secrets of how to save air underwater

The depth of a person
You may also like

Safety first. What a diver needs to keep in mind
Every day people are getting tired of the monotonous
121

Sea sickness: causes and treatment
Sea sickness – one of the good reasons why a
9

How to properly blow when diving and underwater
To blow well underwater, you need to start with dry land.
15

Dangerous diving: how to get home?
More and more people on the planet are engaged in diving.
30

Diver’s illnesses
Diving is always a risk. A simple failure to follow
13